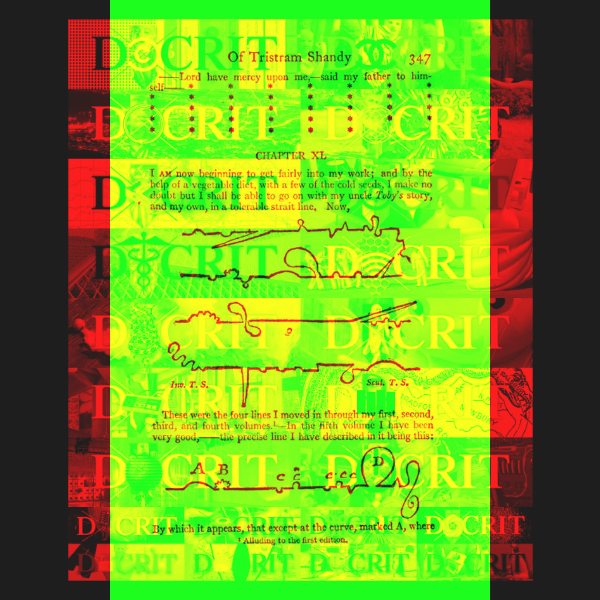 How does reading about design in fiction affect how we experience design in the world?

If we were going to pick one writer with whom to explore such a question, it would surely be the novelist essayist and critic Nicholson Baker, who has written ten novels, including the tour-de-force of product design criticism otherwise known as The Mezzanine. He’s also written non‐fiction books including Human Smoke: The Beginnings of World War II, the End of Civilization, and Double Fold: Libraries and the Assault on Paper. Baker writes about technology for The New Yorker and contributes essays to a host of other publications such as Granta, Harper’s, and The New York Review of Books. These essays have been gathered into two collections, The Size of Thoughts, and The Way Things Work.

When I read Baker, I find myself in a state of astonished glee to find product design assuming such a starring role. At SVA MA in Design Criticism, we are keenly attentive to the ways that design figures in fiction. It is actually the focus of a whole class, taught by Akiko Busch, called “Reading Design.” Here, students read texts such as Leanne Shapton’s Important Artifacts, and Daniel Defoe’s Robinson Crusoe in order to understand how characters gain dimension through the objects they collect, and in certain books even how those very objects can become characters themselves.

Baker’s protagonists wield a bizarre time capsule of contemporary life: receipts and shoelaces, toothpaste tubes and bendy straws, earplugs, biros, and boxes of matches. These things figure in his writing not merely as stage props, and not merely as types, but as actual individual things that loom up to the same scale as the characters who perceive them and evoke them. So here are just a few of the attributes of Baker’s writing that here at D-Crit we relish the most and learn from:

The first is that he slows down time. At a point when so much product design writing follows the pace of product launches and we’re expected to sift and sort the significance of things at such dizzying speed, it’s an important reminder to see what can be done when you stop still, and attend to an object for way longer than you’d think .

The second thing he does is to zoom in, and even under, the surface of the materials from which things are made. He notices the dust monads and wonders why velvet feels smoother than polished chrome. And it’s through the accumulation of the observation of details, sometimes microscopically small, that larger truths can be built, or as Baker puts it, “Consider the infinitesimal hooks on the horsehairs that draw from the cello string its lavish tone.”

The third thing Baker does is to not just look at things, but to feel them, too. In A Box of Matches, his narrator lights a fire each morning at 4am in the dark. Gropingly, he feels for the curve of a mug, the cool facets of salt and pepper shakers, and the negative thump of cardboard fibers tearing when he pulls off a match from its book. And if you’re an avid Baker reader, you’ll know his characters do a lot of feeling with their feet, as well. They’re always stepping on things or having their toes poke through their tube socks.

Another feature of Baker’s writing that I think we can all learn from, as design writers, is his desire and ability to report from the production line. He goes to see how things are made. Take this passage from his 1994 essay about nail clippers for The New Yorker, for example. He goes to visit the Bassett nail clipper factory in Connecticut, and I recommend reading the whole text for a master class in how to weave literary criticism with technology and design criticism. But what I especially want to draw to your attention here, is his evocation of the noise and fury, but also the grace, of the manufacturing process:

Once cut (from rolls of Midwestern steel, at an impact force of roughly fifteen tons), the clipper “blanks” must be cleaned of oil, spot-welded, racked, hardened for two hours in a massive furnace, then oil-quenched, cleaned again, tempered in a second furnace to limber them up a little, and finally revolved in huge barrels with sixty thousand of their fellows for several days in a slurry of metal slugs, abrasives, and lime, to smooth away unhandy burrs. Vibrating bowls dither the components into sequential position, preparing them for a definitive riveting, which is accompanied by a Fred Astaire-like volley of air-cylinder traps and flourishes. Each clipper gets a sharpened cutting edge; a digital system checks the finished edges for truth. Eyelets, shot in at the caudral end, affix the nail files; then the entire splayed clipper, racked on hooks, proceeds through the planting sequence—ten minutes in a warm nickel bath, a minute or two of chrome. A nimble piece of pneumatics straightens the akimbo file and closes the lever. At last the basic Bassett fingernail clipper is ready for action.[1]

So, watching how things are made, slowing down time, zooming into the fibers of things, and feeling your way around objects are just some of the ways in which design is made strange again. Here to tell us more about this, or indeed something else altogether, please welcome to the stage criticism’s muse from Maine, the peerless Nicholson Baker.

For a transcript of Nicholson Baker’s talk: “Wrapping Sentences Around Things”