Design and the Deep Future 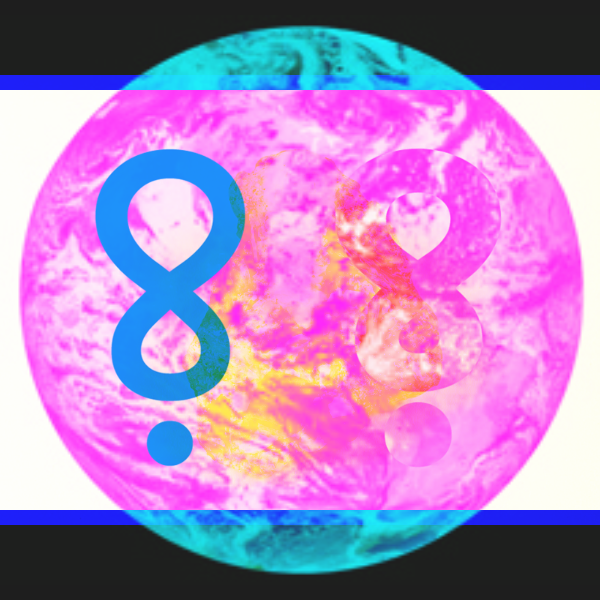 When I moved to the Netherlands, I was surprised to find that there was such a pronounced separation between “academic” university education and “vocational” design education. On the one hand you have courses like Design Cultures at VU in Amsterdam, where design is studied at a clinical remove from the sites of making. And on the other you have places like Design Academy Eindhoven, where research and scholarly rigor is regarded with suspicion. Was there a hybrid space in-between the two, where research into urgent social issues (not just self-reflection) could take place using the tools, methods and sensibilities of design practice? Well, yes, it turns out — in the form of a lectorate, a construction unique to the Netherlands, created to bridge this divide between academia and practice and to bring research into the heart of art and design schools. In 2017 I was offered the opportunity to establish a new design lectorate at The Royal Academy of Art in the Hague, and at the same time given an associate professorship in the Academy for Creative and Performing Arts at Leiden University.

Since then I’ve been busy working to surface, nurture and promote a robust design-focused research culture within KABK and via the channels that connect KABK and Leiden University, and I am very grateful to the KABK for generously hosting and supporting this initiative.

Today, as a global population, we produce 1.3 billion tons of municipal solid waste per year, waste, that in English Literature professor Brian Thill’s conception, “lays thick blankets of our chemical age across the entire planet, into every rocky outcropping, to the bottom of every sea’s floor, nestling in the trees and bogs and pools of the world.” The damage being done to our planet by the products, processes, and values generated by design is increasingly visible and measurable. When we look at a phenomenon like plastiglomerate, a new rock conglomerate made up of natural debris mixed in with molten plastic (found mainly on beaches in Hawaii where the plastic adrift at sea gets melted by underwater lava streams, or on the beaches by the human intervention of campfires) we see directly and tangibly the ways in which the fall out of past design decisions are being laid down in the very strata of our planet for future generations to read and question us by.

The damage being done to our planet by the products, processes, and values generated by design is increasingly visible and measurable.

And it’s not just the planet being blanketed with our detritus, as reports of the increasing volume of space junk attest. On the moon alone there are 200 tonnes of man-made trash, including such bizarrely banal objects as golf balls, boots, cameras, rakes and shovels, used wet wipes and empty packages of space food — a list that is symbolic of a sad legacy of our era of mass production.

In 2016 a Working Group of stratiagraphic scientists submitted a recommendation to the International Geological Congress that we are in a new geological epoch — The Anthropocene, or “new age of man.” The epoch is thought to have begun in the 1950s, when designed goods began to be made in larger and larger numbers to provide the illusion of choice, and planned to last for less and less time, to provide the illusion of progress. The wreckage of our mass-produced disposable product culture has, to quote the Working Group’s report, “left an array of signals in recent strata:” plastic, aluminium, and concrete particles, artificial radionuclides, changes to carbon and nitrogen isotope patterns, fly ash particles, and a variety of biological remains, including that of the domesticated chicken which has become the world’s most common bird, and has been fossilized in thousands of landfill sites and on street corners around the world.

Too often our engagement with design focuses on one moment in a designed object’s lifecycle — when it is brand new and suspended in a perpetual present — without attending to what happens to it after its period of usefulness is over. It reinforces the fetishization of box-freshness by continuing to evaluate goods that are just off the production line conveyor belt or, just off the press release, as framed and presented by their designers, manufacturers, retailers, and promoters.

We need to pay more attention to what happens when a designed entity becomes trash, of the social behaviours, politics, infrastructures, mechanisms, and economies that shape and gather around its disposal. This could surely enrich our understanding of design culture.

And it could help provide a much-needed critique of the kind of labels used a lot today that mislead with their deflection of attention away from the physicality of waste, such as the supposed immateriality of information, the “cloud,” service design, “innovation culture,” and the “creative economy.”

To help build the critique, I think we need to look outside of design and to other disciplines. Branches of archaeology, social studies, and the humanities such as garbology, discard studies, eco-criticism, geophilosophy, and geobiology all provide models for research into post-use manufactured goods and waste systems. These discourses stress the importance of engaging with different conceptions of time, beyond the merely human one. These might include cosmic time and geological time, or deep time.

That’s why I’ve called my lectorate at KABK “Design and the Deep Future,” to allow for investigation into the kinds of topics that orbit time and design, topics such as waste and trash, the dematerialization of design, repair and re-use, digital detritus, and speculative design.

A gathering acknowledgment of design’s complicity in climate change is generating demand for consideration of designed products not only in their state of imminence — not only as the shiny materializations of design ingenuity, manufacturing labour and consumer desire — but also, in terms of their afterlives, as the indelible plastiglomerates, the rusting, toxin-leaching husks they will become, and not only embedded in our present space and time, but as phenomena with consequences in our deep future.

Ecological theorist Timothy Morton proposes the term “hyperobject” to help us think of things like Styrofoam or plastic bags in terms of their massive distribution in time and space, relative to humans.

These are the kinds of interrelated themes and issues of urgency which I see as essential contextual reference points for critical design discourse and new types of practice-based research. It is gratifying to see how many designers in the KABK community are already aware of, and engaging with, such issues. In my role as Design Lector I help to nurture, disseminate, and learn from these research endeavours. I run two Research Groups, a Design / Research club, teach courses such as “Future Relics: A Design Archaeology of the the Here and Now” and “Speaking Across Deep Time: Designing Markers For Nuclear Waste” and organise public symposia such as “Fault Lines”.

This lectorate provides a forum and a platform for research into design’s role in climate change. We examine a range of historical and contemporary responses by critics and designers to the conundrum of product and information overload, and explore some speculative projects that hypothesize on how product design and its criticism might be conducted more accountably in the future. 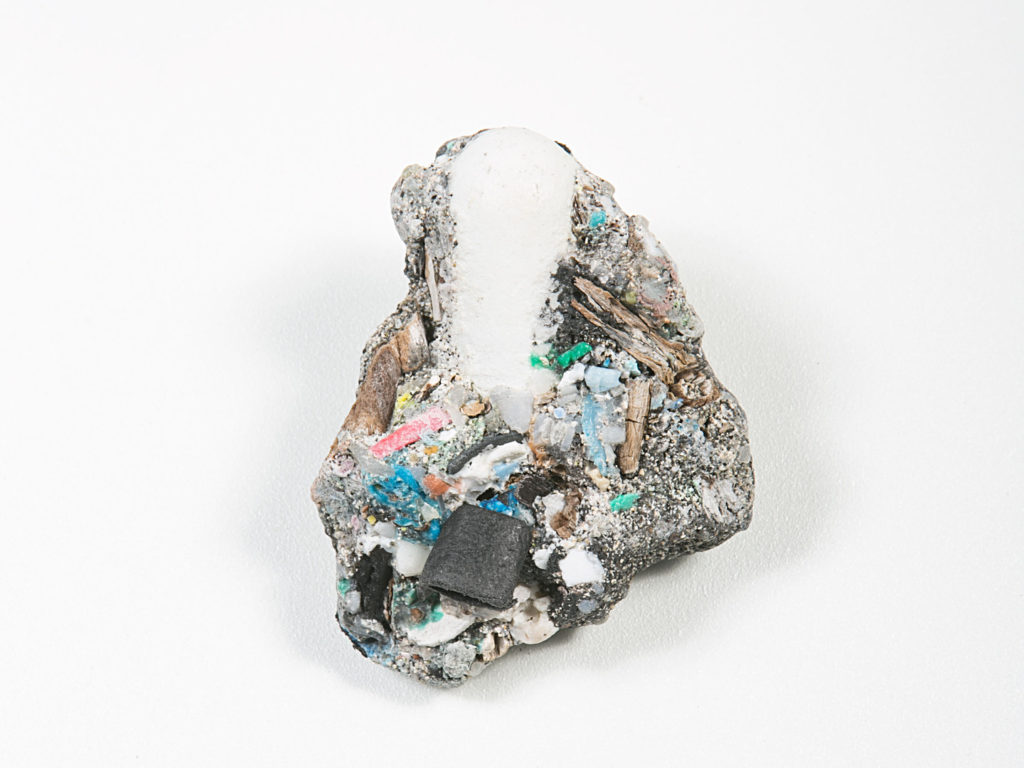 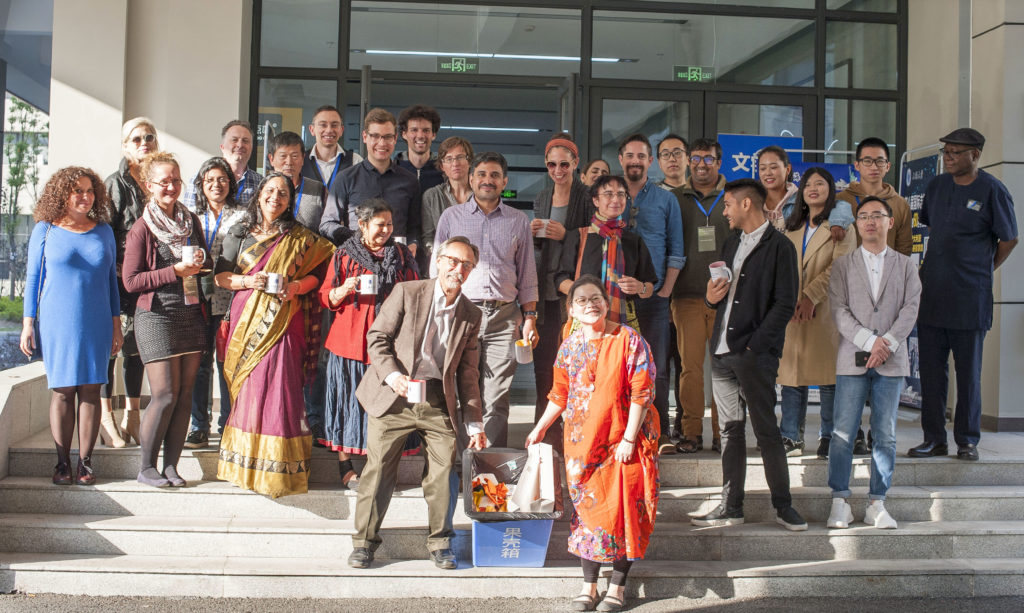